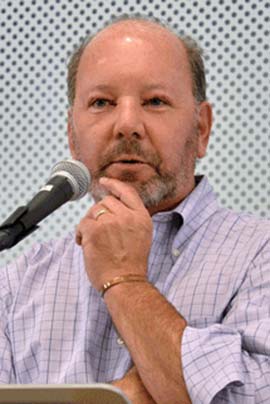 A 1980 graduate of the University of Naples, Italy with a degree in Veterinary Medicine and Surgery, Dr. Miele spent the first year of his Veterinary career working with Standardbreds at Yonkers and Meadowlands Raceway. From there, he worked at several animal hospitals in Brooklyn New York. In 1985, Dr Miele opened his first Animal Hospital in Bensonhurst Brooklyn, where he then embarked on a career in Veterinary Medicine as well as the concept of a team approach to formation of Animal Hospitals. He decided to use the term Veterinary Group in an effort to stress this concept. The idea was very simple; all the team (Group) members brought different strengths to the practice. This in turn created a practice, which offered more diverse services as well as expanded office/emergency hours. This innovative concept was so successful that over the next ten-year period, Dr. Miele with the Group opened seven other hospitals.

Whereas Dr. Miele is still in small animal practice in New York, he has now opened a new 24-hour Animal Hospital in Rome, Italy.Ospedale Vererinario Ardeatino 24 Ore, which is part of the Roman Veterinary Group, or GVR.Dr. Antonio Miele has received many accolades in his veterinary career, including MNJVMA Veterinarian of the year (1993), as well as the first Brody award given by the CACC of New York City. Dr. Miele has served on numerous executive Boards, including the MNJVMA, NJVMA, NYCVMA, NYSVMS, VPI (Veterinary Pet Insurance), and is now volunteering his time as secretary to ILICA (Italian Language and Intercultural Alliance).