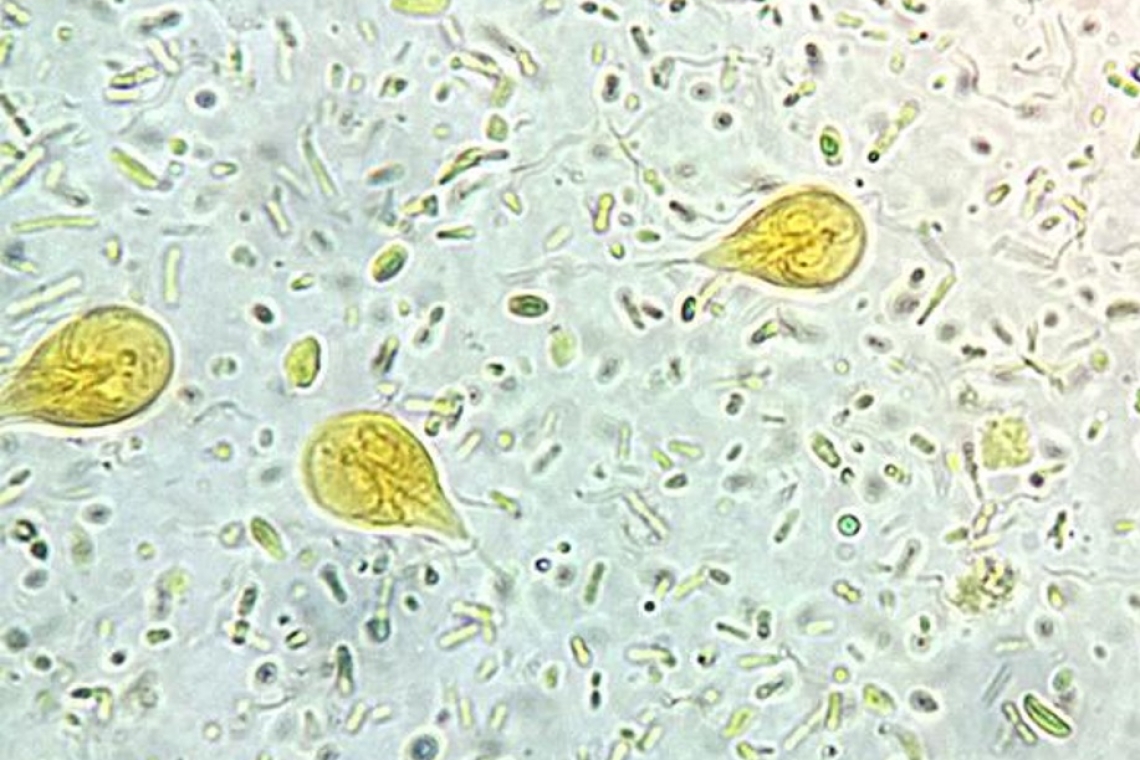 If you have pets, it’s likely you’ve heard of giardia, but may not know much more than its name and the fact that it tends to cause diarrhea in your pets (and in people as well, if they are contaminated).

Giardia is a type of parasite that is passed through feces. It’s incredibly easy to pass on through water, food, or surfaces that have been contaminated by infected poop. Being diligent about washing hands can help stop the spread to humans, but animals don’t have that kind of regular regimen to keep themselves clean multiple times a day, meaning they tend to have a much higher rate of infection.

Giardia Spread and Infection
As cats and dogs are some of the most popular pets, they also tend to be the animals who are most frequently infected with giardia. Homes that have multiple animals will frequently see the parasitic infection move quickly from one animal to the next, which is why vets will often treat every susceptible animal in the house for the infection if one animal is found to have it.

Giardia is easily passed through the litter box, or through neighborhood dog waste that owners don’t pick up (please remember to always pick up your pet’s poop when you walk them). Giardia can survive in all kinds of temperatures, and even live through the winter.

The most common and recognizable symptom of giardia is severe diarrhea. Other symptoms may include vomiting, weight loss, and extreme thirst. Some animals may have Giardia in their intestinal tract without any symptoms, and some of these may be asymptomatic carriers and spread the infection to others.

Small Mammals and Giardia
While giardia is fairly uncommon in smaller mammals, it can happen. Spread is more likely if those animals are in densely populated environments.

Of note, while extremely rare, infections in guinea pigs and rabbits generally don’t generally cause diarrhea. In most cases where the animal is asymptomatic (not showing symptoms), the infection will generally resolve on its own. Should your small animal exhibit symptoms such as diarrhea or weight loss, please make an appointment immediately so they can be treated.

While giardia is fairly common in pets, it’s generally not dangerous if it’s caught early. If your pet is exhibiting any worrisome signs of disease, please make an appointment immediately so that we can evaluate and treat your beloved friend.

If one of your animals ends up with a giardia infection, Staten Island Vet Group can help walk you through the treatment plan and help get your pet back on the way to health.